Is It Fair to Award Scholarships Based on the SAT?

Colleges are asking this question as they seek more diversity in their student bodies, worry that white students disproportionately score higher and compete for students with merit aid 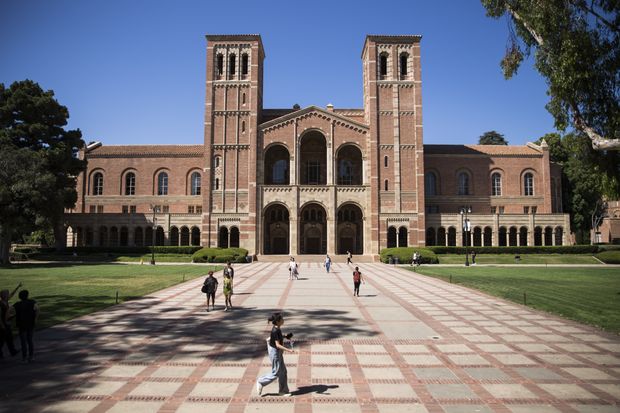 Next week faculty at the University of California will weigh in on whether to drop the SAT as a requirement for admission due to concern that the test is biased. Their recommendation prompts another question with a potentially bigger impact for students and their families: Should schools continue to use SAT scores to award scholarships?

Colleges and universities give out about $30 billion a year in merit aid, which is often based on a student’s SAT or ACT. An additional $2 billion in merit aid distributed by states hinges on standardized test scores.

The University of California System, which collectively receives more applications with SAT scores than any other system, is reviewing whether to stop mandating the test. A decision is expected this year, and a committee looking into the issue is expected to submit a recommendation next week.

Worcester Polytechnic Institute in Massachusetts stopped using the test for merit scholarships last year, said Andrew Palumbo, dean of admission. Instead, the school is weighing grades, community service and leadership. The school has made the SAT optional for applicants since 2007. “Using the tests doesn’t help us achieve our goals” of diversifying the student body, he said. Students who apply without the test are just as successful as undergraduates as peers who do submit the test, he said.

The SAT is a three hour and fifteen minute multiple-choice exam scored on a scale of 400 to 1600. The score is used to assess a high-school student’s readiness for college.

Those gaps don’t reflect bias in the test itself but the lopsided distribution of resources across K-12 schools, the College Board has said. The College Board gives schools data to see students’ socioeconomic profile and considered creating a score to reflect this, a plan it dropped amid public objection.

ACT spokesman Ed Colby defended the test as a fair measure of academic knowledge and skills but said the exam shouldn’t be used in a vacuum. “High-stakes decisions regarding college admissions and scholarships should be based on multiple factors,” he said in an email.

The debate about equity in higher education has been raging in the wake of the college-admissions scandal orchestrated by William “Rick” Singer, who facilitated cheating on the SAT and ACT and bribed college officials to secure admission to elite universities for his wealthy clients.

More than a quarter of colleges and universities across the country are now test-optional, and the rate of schools dropping the test is accelerating, said Bob Schaeffer, who leads FairTest, an education-advocacy group critical of the exam.

Universities use merit aid to compete for students. Merit scholarships can make students feel wanted and prompt families to think they are getting a deal. The awards also help campuses lure top students from even more prestigious schools, a few dozen of which don’t offer merit aid at all. Some merit aid goes to students who also have financial need.

The University of Denver, which made the test optional for admission last year, still uses both the SAT and ACT to allocate merit aid because it wants to attract the best students it can, said Todd Rinehart, vice chancellor of enrollment. “Whether we like it or not, students with high SAT scores have a market value, and certain schools are willing to pay merit money for a certain range of test scores,” he said. “We could say we’re not going to play in this space because we see the inequity, but if we want to have a competitive chance of enrolling them, we better pay market value.”

At the University of Mississippi, the most generous scholarship for out-of-state students pays $16,272 to students with a grade-point average of at least 3.0 and a 1450 on the SAT. That covers about half of all costs for students from out of state.

“The exams increase inequality when you look at who is getting access to aid,” said Laura Perna, professor at the Graduate School of Education at the University of Pennsylvania. The same dynamic is playing out with college scholarships awarded by some states. In Florida, eligibility for the state’s Bright Futures scholarship, which is paid for by the state lottery, requires at least a 1290 on the SAT.

Among 53,060 top scholarships allotted last year, African-American students earned 4% of them while making up 21% of the state’s population of 18- and 19-year-olds.

Asian students earned 9% of the scholarships while making up less than 3% of the population of the same age.

There are three tiers of scholarships available through the Bright Futures program. Eligibility depends on SAT scores, GPA and community service. Last year, Florida Gov. Ron DeSantis, a Republican, raised the scores students needed to earn on the SAT. The governor’s office said the change was needed to reflect rising scores.

Alberto Carvalho, superintendent of Miami-Dade County Public Schools, said raising scores will disproportionately remove minority students from eligibility. “Performance on this exam is strongly correlated to poverty, students who are speaking English as a second language and immigration,” he said.

In Georgia, the most generous state merit grant is called the Zell Miller Scholarship—it covers full tuition. To be eligible, students need at least a 3.7 GPA and at least a 1200 combined SAT score or a 26 on the ACT. Close to half the students in the university system are low income, but they receive fewer than a quarter of Zell Miller scholarships, according to a 2016 analysis by the Georgia Budget and Policy Institute. Black students make up 30% of enrollment but receive fewer than 5% of Zell Miller Scholarships. White students make up 54% of the enrollment and received 78% of the scholarships, according to the analysis.

At Hancock Central High School in rural Sparta, Ga., where most of the students are poor, school counselor Carlton Stewart said the school has had maybe one student in the past two or three years who scored a 1200 or better on the SAT.

“To have that one number that determines if a student is eligible isn’t good for us,” Mr. Stewart said. “We don’t have private test preparation or anything like that here. We do have test prep booklets.”